When my aunt taught me to knit the Eastern (Russian )way many years ago, she didn’t tell me the name of the cast-on technique that she used to cast on stitches. To her, it was the only way to cast on stitches – a way that is simple, quick and reliable.

I think that up to this day, she has no idea that there are other ways to cast on stitches. Not because she is not curious or educated enough. No. She simply doesn’t need any other way. The method that she’d been using all her life to knit countless sweaters, hats, scarves and skirts, served her well and she had no need to look for a different technique.

It is a fascinating feature of the Eastern (previously known as Russian) knitting style – there is often just one proven and time-tested technique for every knitting operation. Knitters use this limited set of techniques to make all sorts of projects – from thick woolen mitts to cobweb Orenburg shawls.

Just like my aunt, I didn’t know that the cast on that I’ve been using for years has a special name, and just like her, I didn’t worry about it at all. Only much later, when I started to explore knitting, I learned that this cast-on technique is a variation of the “long-tail cast on”, but done without a slip knot and with two needles held together.

This slight difference has a number of benefits. When we don’t start with a slip knot, we make the corner of the project more flexible. It is especially important when we make a shawl and want our corners to be somewhat rounded.

In addition to that, this little trick makes the stitches bigger and we don’t struggle when we work the first row or round. It is a great relief for beginners who tend to be quite tight when they cast on stitches.

So now, that we understand its benefits, let’s see how this Eastern version of the long-tail cast-on works step-by-step. If you prefer to learn from a video tutorial, click here. Or, watch the embedded version of the video.

Just as we do when we use any variation of the long-tail cast-on, we need to leave a long tail. How long? My aunt didn’t give me any tips, so I mostly just guessed. If the tail weren’t long enough, I would unravel all stitches, leave a longer tail and cast on stitches one more time.

I don’t go through this “tail-guessing game” any more and neither should you. Now I know a number of ways to estimate the length of the tail. I explained the most reliable of them in a tutorial called “Three Ways to Make Sure the Yarn Tail is Long Enough”.

Align the tips of the needles and hold both needles in your right hand.

Place the needles on top of the strand that is stretched between your left thumb and index fingers.

Then push the needle down to pull the strand so that it forms a V-shape.

Now we are ready to cast on stitches.

Insert the needles from the bottom up into the loop formed around your left thumb.

Pick the working yarn (the strand that lies on your left index finger) from right to left.

Pull the yarn through the loop.

Take your left thumb out of the loop and put it into the space between the working yarn and the tail.

Stretch your thumb and index finger to pull the strands apart and close the loop at the bottom of the new stitch.

At first, you will form two stitches at once, but then you will be adding only one more stitch every time you repeat these three steps.

Once you cast on all stitches you need, take one needle out, turn your work and start to work on the project.

You will notice right away how easy it is to work the first row and after a few rows, you will appreciate another benefit of casting on with two needles – the cast on edge is more relaxed than the edge formed when we cast on stitches with one needle.

If you want to learn all ins and outs of the Eastern (Russian) knitting style,
consider taking the course “Eastern Knitting Simplified”. 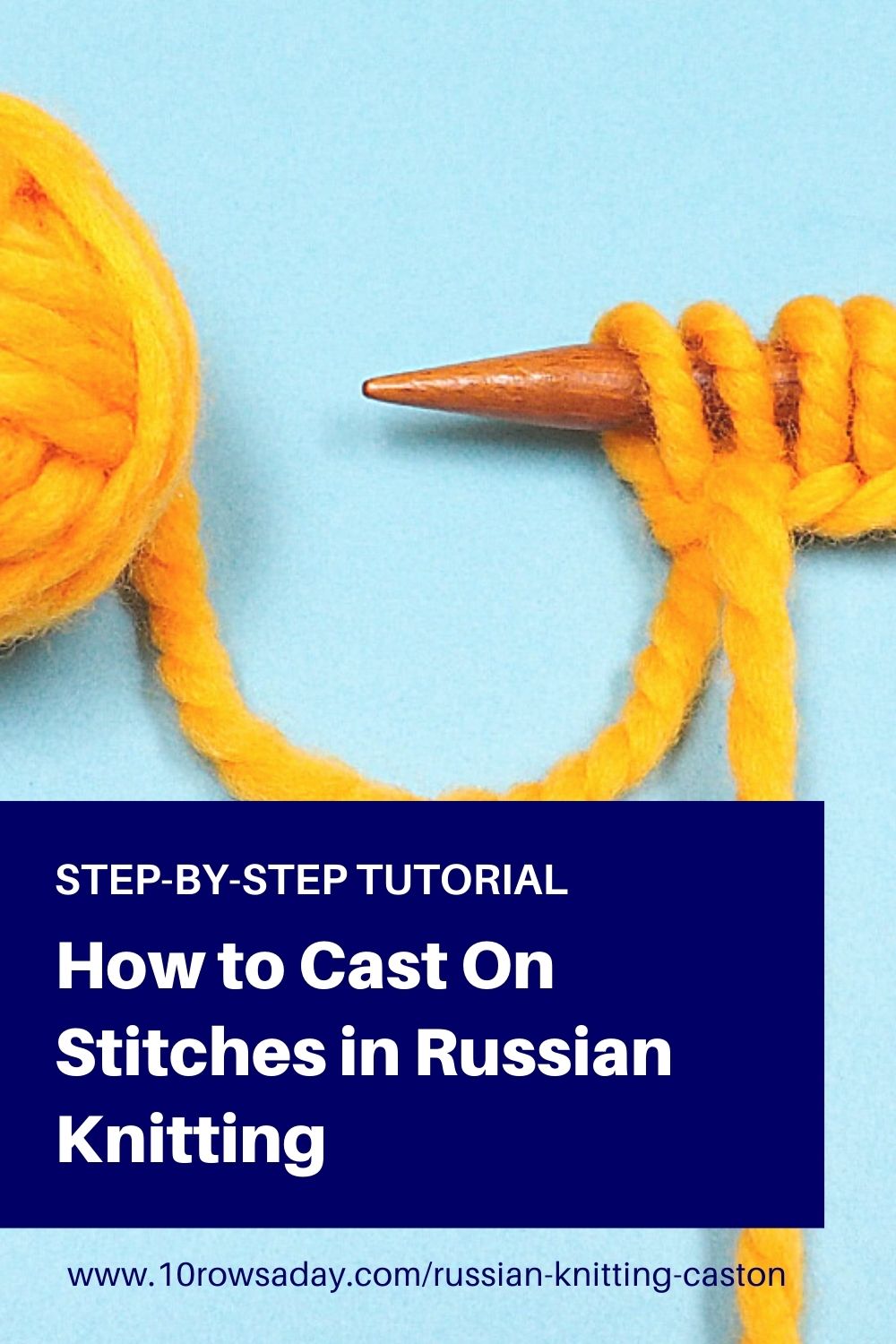 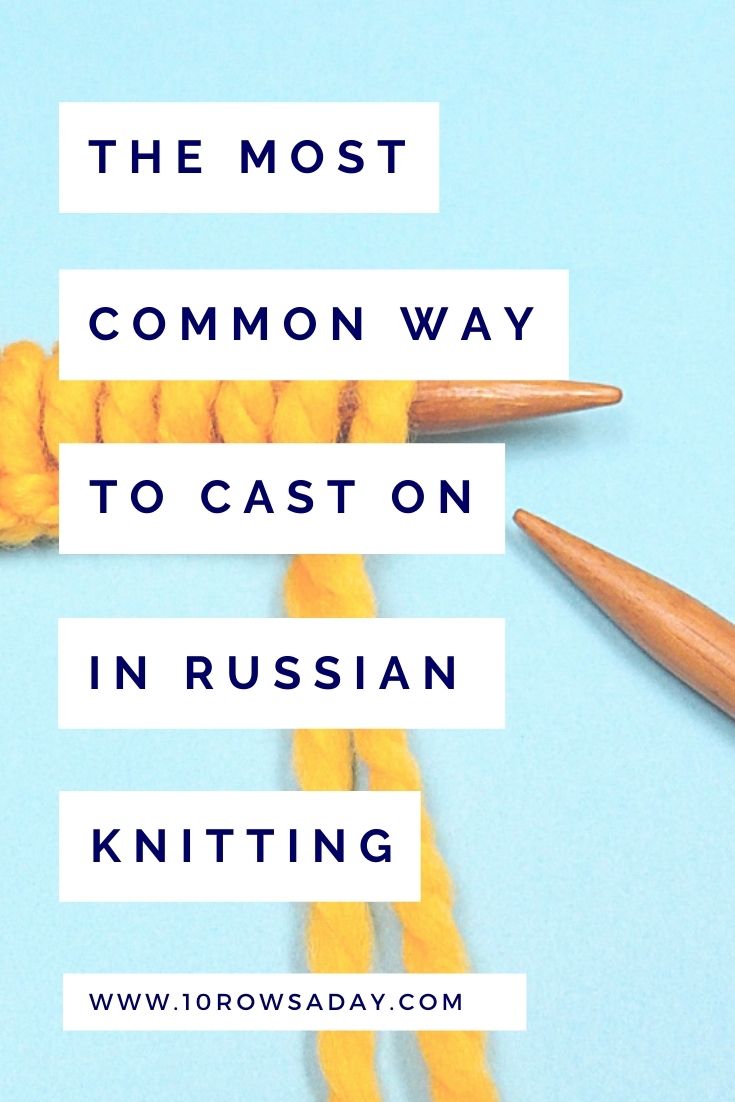