If there is the most common knitting mistake, it’s probably a “dropped stitch”. It happens to every knitter, and to many of us it happens more often than we care to admit.

Ironically, it frequently occurs when we are knitting on the go, at a cottage, while watching a game or a movie, or waiting at the doctor’s office – all those instances when we don’t have all (or any!) of our tools available.

So, what do we do when we notice that one of the stitches is sticking out of the project instead of sitting neatly next to other stitches on the needles? And how do we fix it without a crochet hook or any other special tools?

First, secure the dropped stitch as soon as you notice it. Take a safety pin, a locking stitch marker, a paper clip, a toothpick, a twig or anything similar that you have on hand or can find nearby, and insert it into the dropped stitch to keep it from unravelling further down.

Remember not to pull the project sideways until the dropped stitch is secured!

Now that the issue is localised, we can get to fixing it. Here’s the action plan (if you are a visual learner, watch every step described below in this video tutorial):

1. Inspect the work to see how big the problem is. If the stitch dropped for several rows, you will see a “run” made up of a number of strands. Each strand represents one row that unravelled while the stitch was dropping.

4. Now look at your pattern to understand whether this stitch should be a knit or a purl in the next row.

TO MAKE A KNIT STITCH

Insert the tip of the right needle from right to left into the dropped stitch, pick the strand and pull it through the stitch to create a new stitch. Slip the original stitch off the left needle. Watch how to do it in this part of the video tutorial.

TO MAKE A PURL STITCH

Work step 3 first, and then insert the tip of the right needle under the strand and bring it to the front of the dropped stitch. Don’t drop it off the left needle. It should still be on the needle but in front of the stitch, just as it is shown in the photo below:

Now insert the tip of the right needle from right to left into the dropped stitch and pass it over the strand and off the left needle creating a new stitch. Watch how to do it.

Insert the tip of the right needle from back to front into the new stitch and slip it from the left needle to the right needle. Watch how to do it in this part of the video.

Repeat steps 3 and 4 until there are no strands left in the “run”, and the dropped stitch is brought back to the working needles.

Then slip the not-dropped-any-more stitch from the right needle to the left needle and continue to work on the project. Disaster averted! 🙂 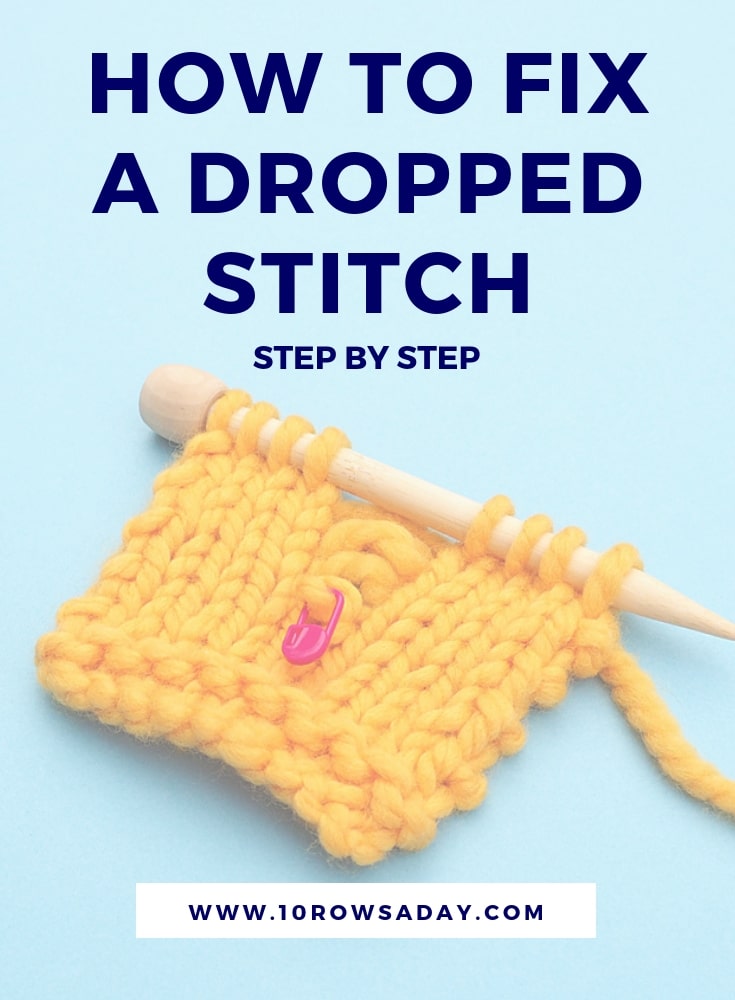 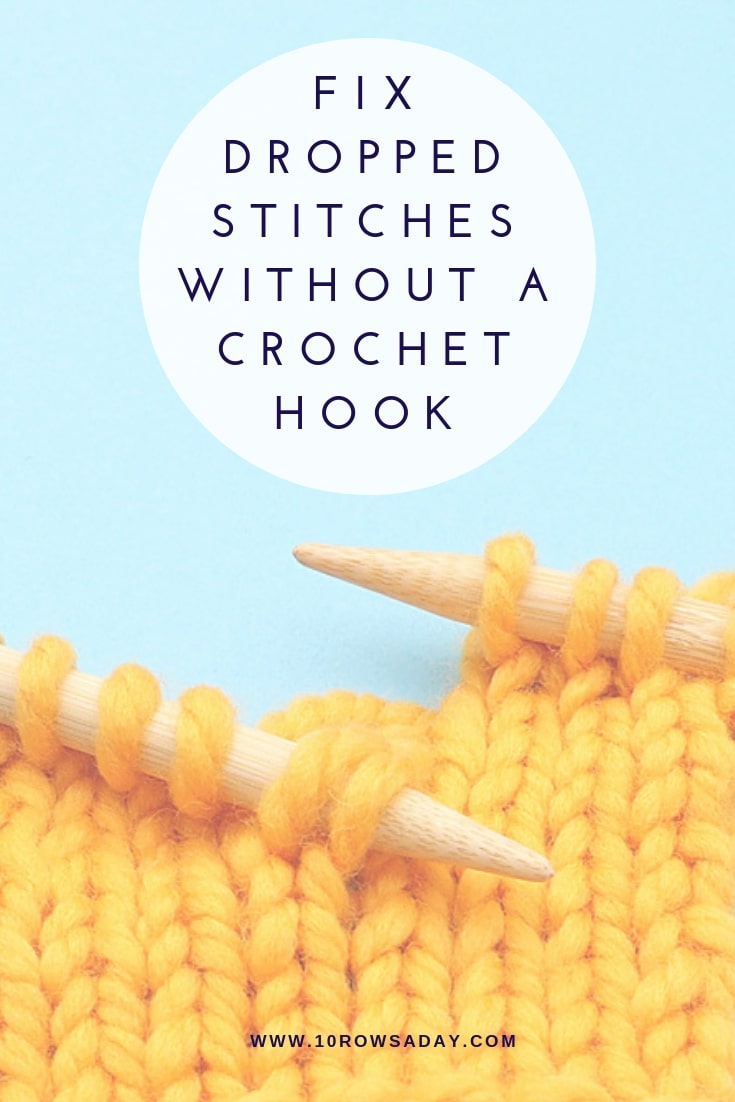 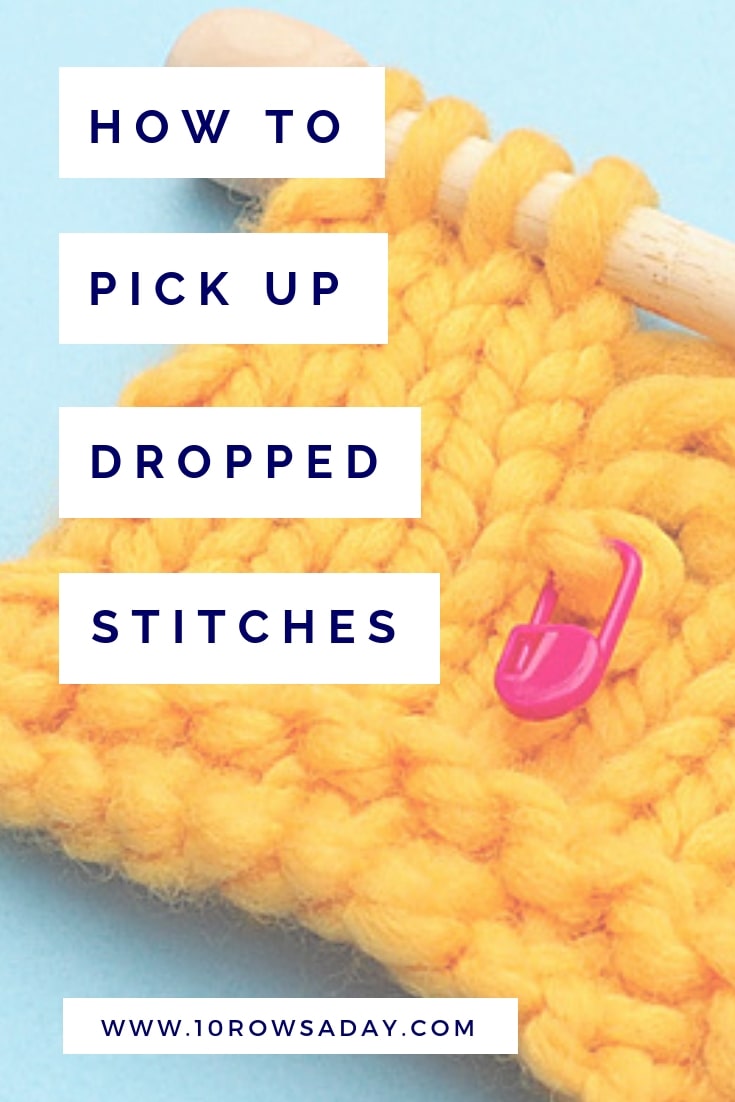 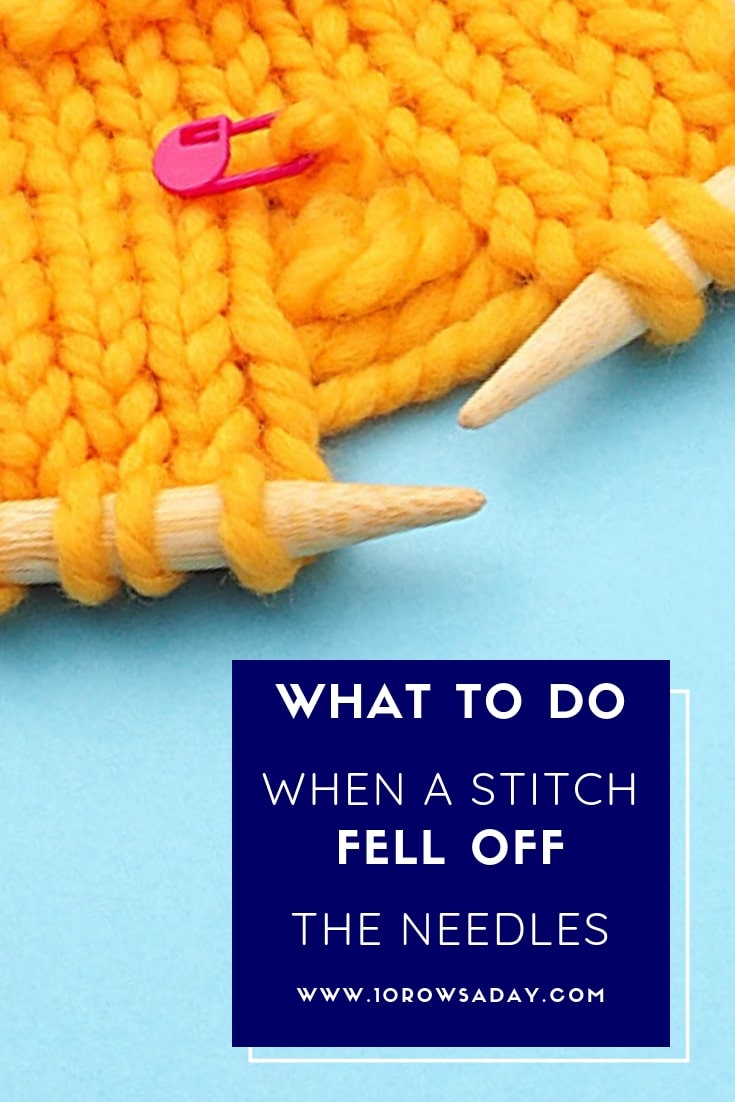