Even the idea of juggling five needles at the same time can be quite intimidating. But in reality, it’s not hard at all as long as we follow two simple rules – (1) keep the stitches in the middle of the needle, and (2) don’t try to control all needles at once.

Before we discuss how these rules apply to real-life knitting, let’s see why we should even bother to work with five double pointed needles.

The most significant benefit of knitting in the round with five needles is the ability to make projects that are too small for circular needles. Of course, you can make small projects if you use the magic loop technique or two circular needles.

The stitches are arranged on four needles, and the fifth one is used for knitting, the same way as we keep stitches on one needle and knit with the other one when we work on straight needles.

Let’s make a small swatch to understand how we can work in the round using five needles.

If you are a visual learner, watch all the steps described below in this video tutorial.

Use any type of cast on you like and cast on all stitches on one of the double-pointed needles. It’s better if the number of stitches is a multiple of 4 because we are going to divide the stitches between four needles, but it’s also okay if you cast on any other number of stitches.

I’ll make it a bit challenging and cast on 18 stitches – a number that is not a multiple of 4.

We can’t divide 18 stitches evenly between four needles because we have two extra stitches. What do we do now? We simply add one stitch to every other group of stitches and divide them as 4+5+4+5. Not hard at all. Use the same logic when you need to cast on the number of stitches that is not a multiple of 4.

I used long tail cast on, so the yarn tail is at the left side of the work. If the tail on your swatch is at the right side, it’s fine too.

Take one of the empty needles in your right hand and slip the first group of stitches (according to our calculations above, it’ll be 4 stitches) purlwise from the left needle to the right needle. Watch how to do it.

Move the first group of stitches to the middle of the right needle (remember rule #1!) and let go of this needle. Let it just hang there.

Then take another empty needle in your right hand and slip the second group of stitches (5 stitches) from the left needle to the right needle. Move the stitches to the middle of the right needle, and let go of that needle.

Now let’s do it one more time – take an empty needle in your right hand, slip the third group of stitches (4 stitches) from the left needle, move those stitches to the middle of the right needle and let go of that needle.

As you see, now all stitches are divided between four needles.

ARRANGE STITCHES FOR WORKING IN THE ROUND

As is the case with any method that allows us to knit in the round, it is very important to ensure that the stitches are not twisted around the needles. With double-pointed needles, it is quite easy to do – move the cast on edge inside the square. If the stitches are twisted, you will notice it right away.

JOIN FOR WORKING IN THE ROUND

You can use any of the ways described in this tutorial, or you can simply start working in the round. It’s up to you.

I usually pass the last stitch over the first one to make sure the stitches are joined, just as it is shown in this part of the video and in this photo:

Usually, there is no need to place a marker to mark the beginning of the round. Look for the yarn tail, and you’ll know exactly where the round begins.

WORKING IN THE ROUND

Before we start working in the round, let’s double check a few things – (1) the stitches are not twisted, (2) each group of stitches is in the middle of the needle that holds it and (3) the working yarn is at the right side of the work.

At last, it’s time to knit (or work in any other stitch pattern)! Use the two needles you hold in your hands to work all stitches from the left needle to the right needle. To make things easier, let’s just knit them.

Remember to only hold two needles. That’s rule #2 – don’t try to control all needles at once. Let them just hang there. Because we moved stitches to the middle of each needle, the needles are well balanced, and there is very little chance that the stitches would slip off a needle. So there is no need to worry. Just relax and enjoy knitting.

Repeat these same steps to work the next group of stitches and the one after that until you get back to the yarn tail. That means you’ve completed one round. Continue to work round after round until you feel confident knitting with five needles. 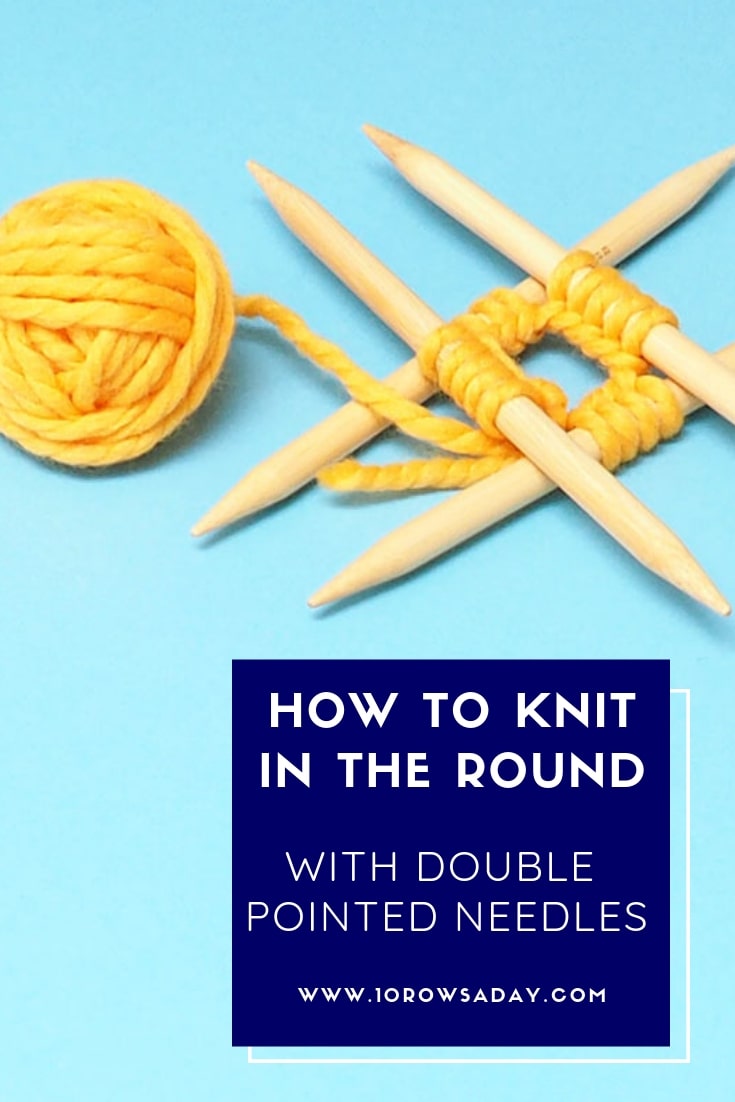 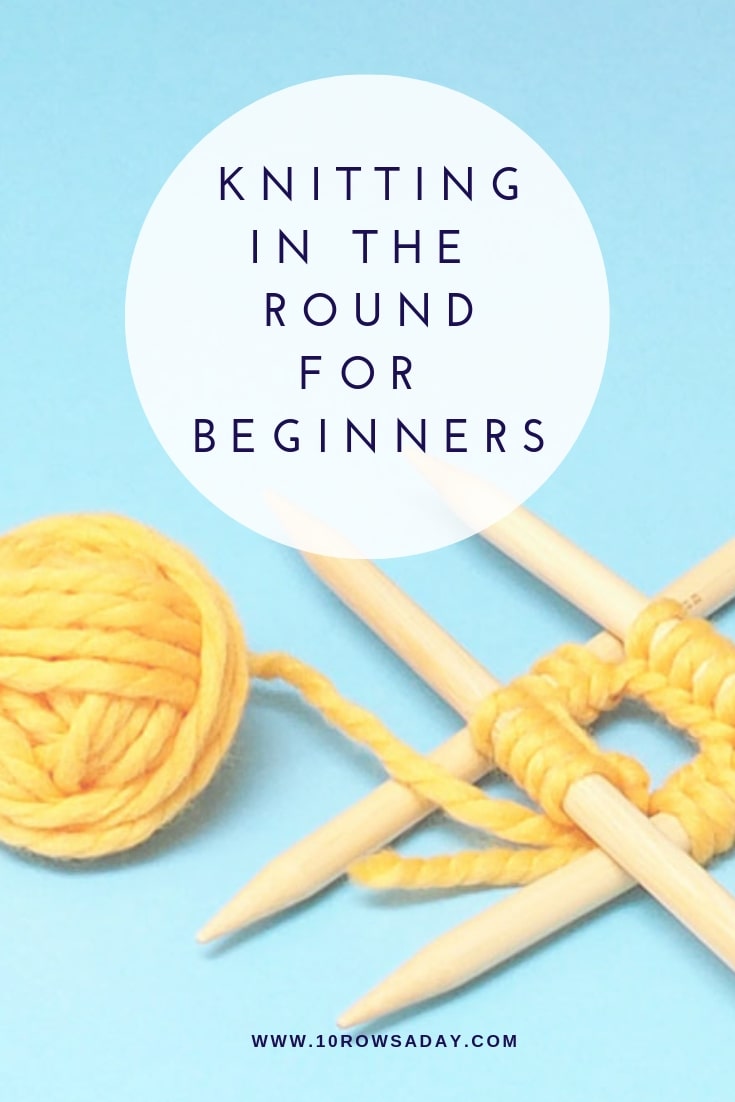 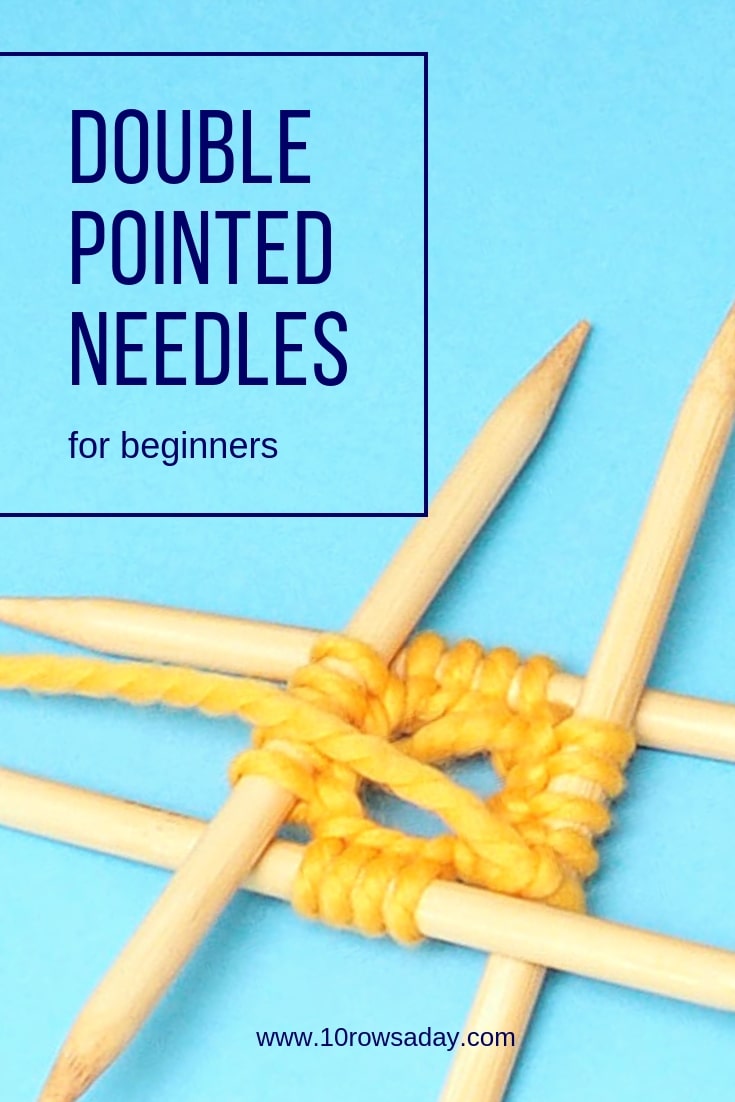 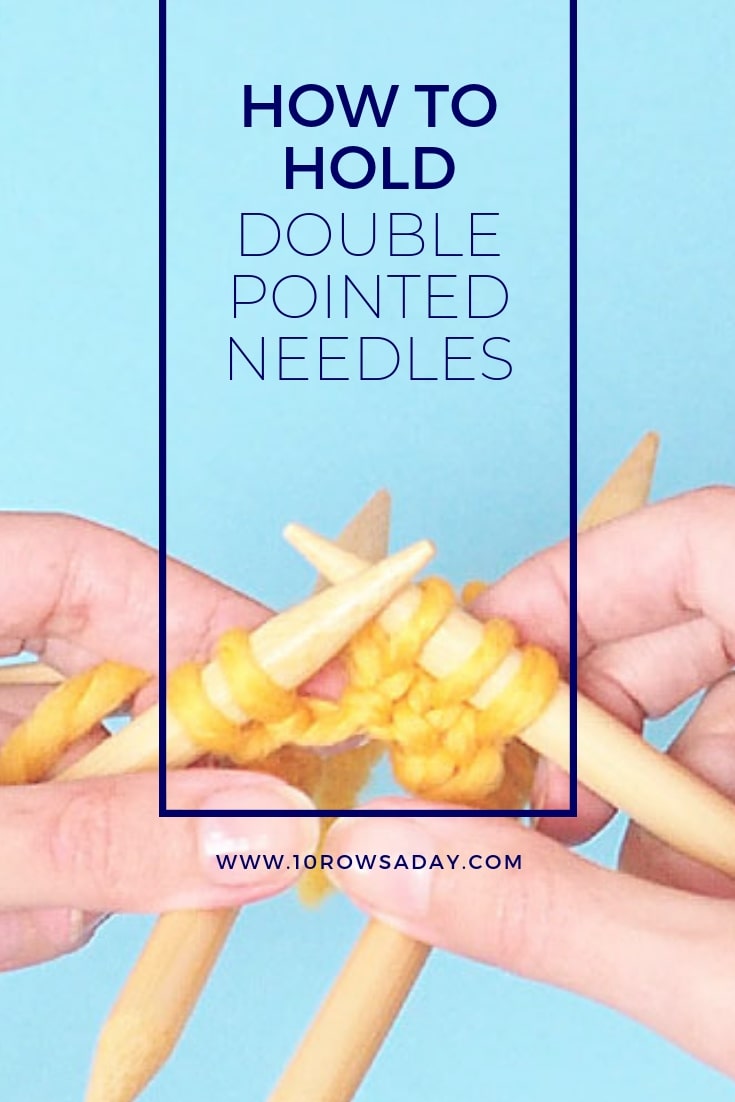 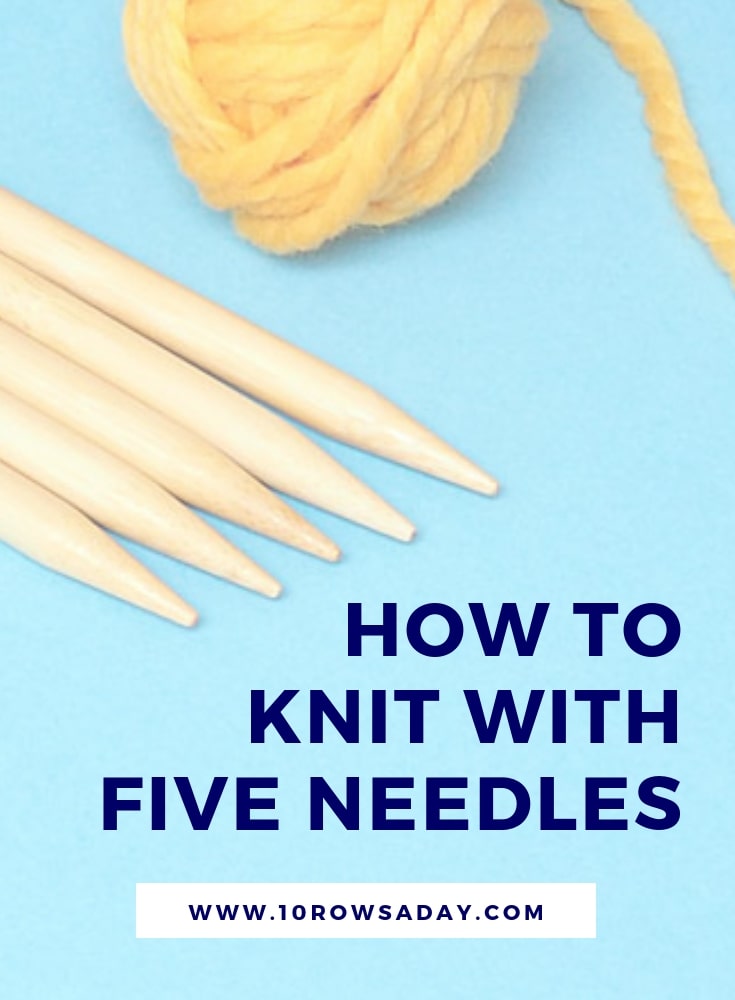