This tutorial is about a beautiful edging that we make right after we cast on stitches. In just four fairly simple rows we turn a basic cast on into an elaborate picot edge with a line of long twisted stitches above it.

I learned this cast on method from a video suggested by Rita – one of my knitting friends. She forwarded me a link to a video tutorial posted on Nataly Masters YouTube channel. The video is in Russian and Rita asked me to make a tutorial about this fascinating cast on border in English.

As I was looking for the origin of this technique, I found out that this cast on was also explained by an incredibly talented knitter from India on her YouTube channel Knitting Knife Crochet Paradise. That tutorial was posted two days earlier than the video by Nataly Masters, so I assume that it is the original one.

Neither of the videos mentioned the original name of this cast on method. Because it looks like a line of crossed strands, I call it the Criss-Cross Cast On Border.

No matter how we call it, this technique is truly fantastic. It forms a beautiful cast on edge that has a good amount of stretch but also holds its shape well. This makes it perfect for any project – hats, shawls, cuffs and necklines of sweaters, blankets … you name it.

Let’s see how we can make this cast on border step by step.

If you prefer to learn from a video tutorial, click here. Or, simply scroll to the bottom of this page to watch the embedded version of the video.

Cast on any number of stitches using the long-tail cast on method. To make my test swatch, I cast on 10 stitches.

The second part of the instructions in the brackets is a bit unusual – we make a new stitch by pulling a yarn wrap from under the cast on edge. This little trick is necessary for forming a lovely picot edge and for creating the long stitches that decorate the top part of the border.

Even though this manipulation with yarn and needles is not common, it is not hard to do. Here’s how it happens step by step:

The twisted stitches formed by knitting through the back loop make the edging tighter. If you’d like to add more stretch to this cast on border, knit stitches in this row as usual, through the front loop (but remember to slip the long stitches!).

Knit 1, [knit 2 stitches together through the back loop], work brackets to the end of the row.

When knitting two stitches together, make sure the long stitch is the first one from the tip of the left needle. This way, you’ll form the same beautiful crossed strands as the ones you see in the above photo.

Now the border is finished and we can work on the main pattern of the project. To highlight the unusual texture of the edging, I made my swatch in stockinette stitch, but it will look lovely with any stitch pattern you decide to use.

To see how to add this cast on edging to projects worked in the round, click here. 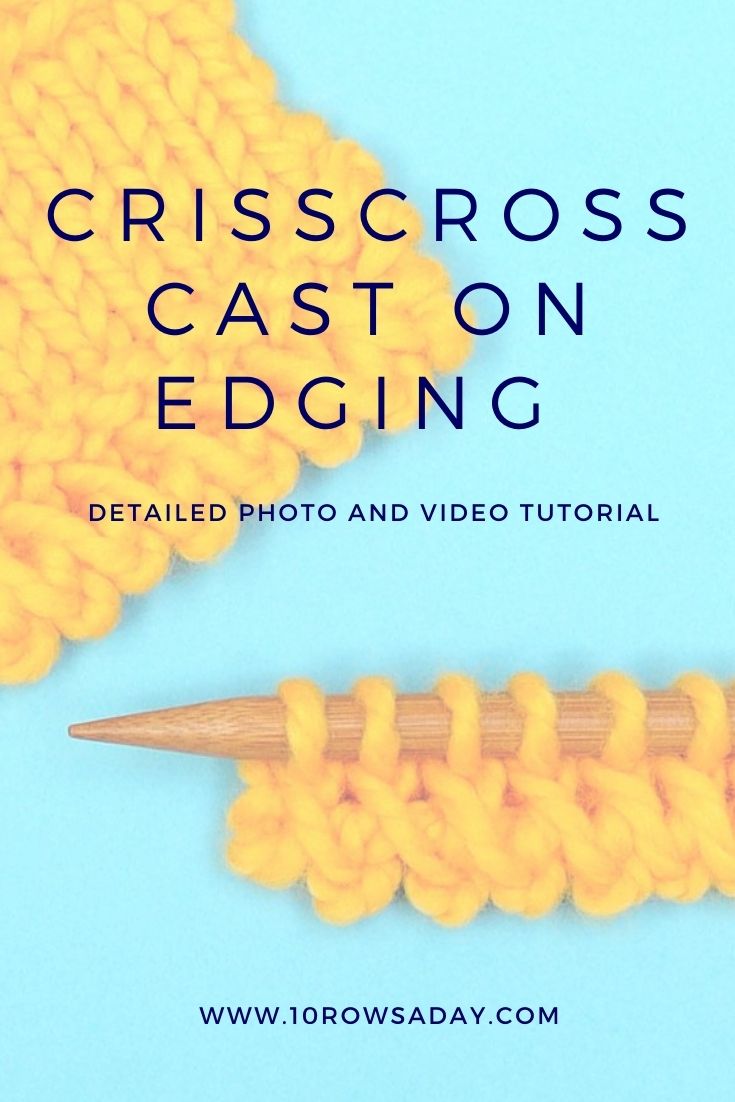 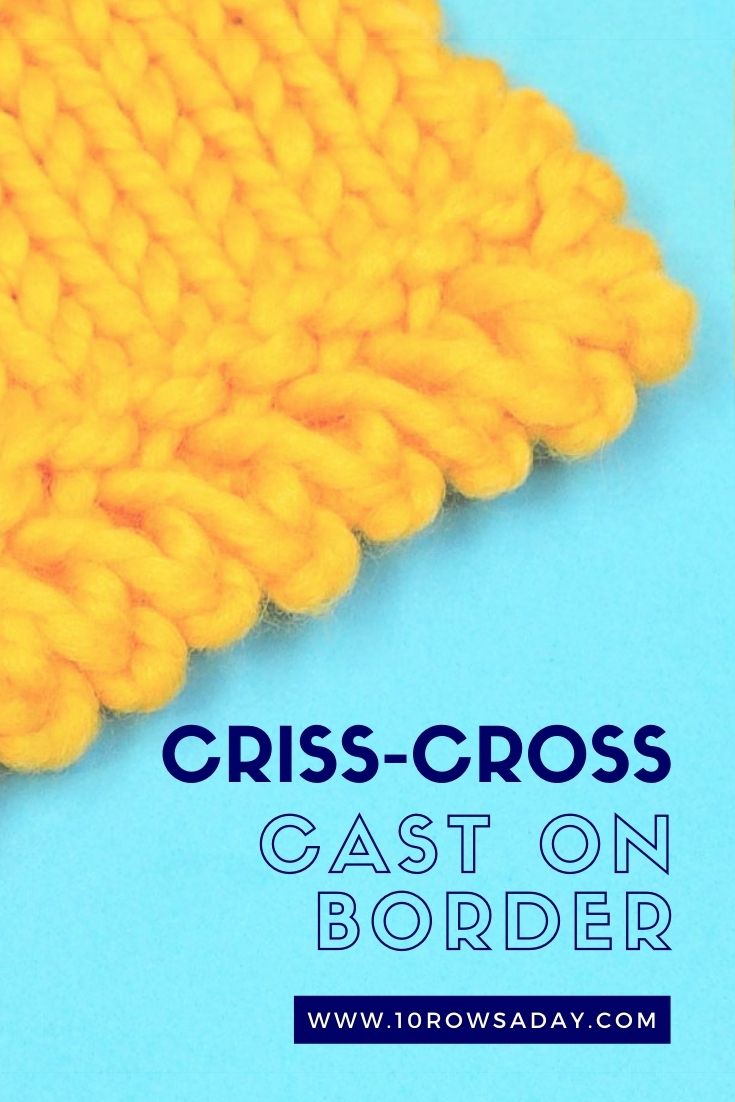 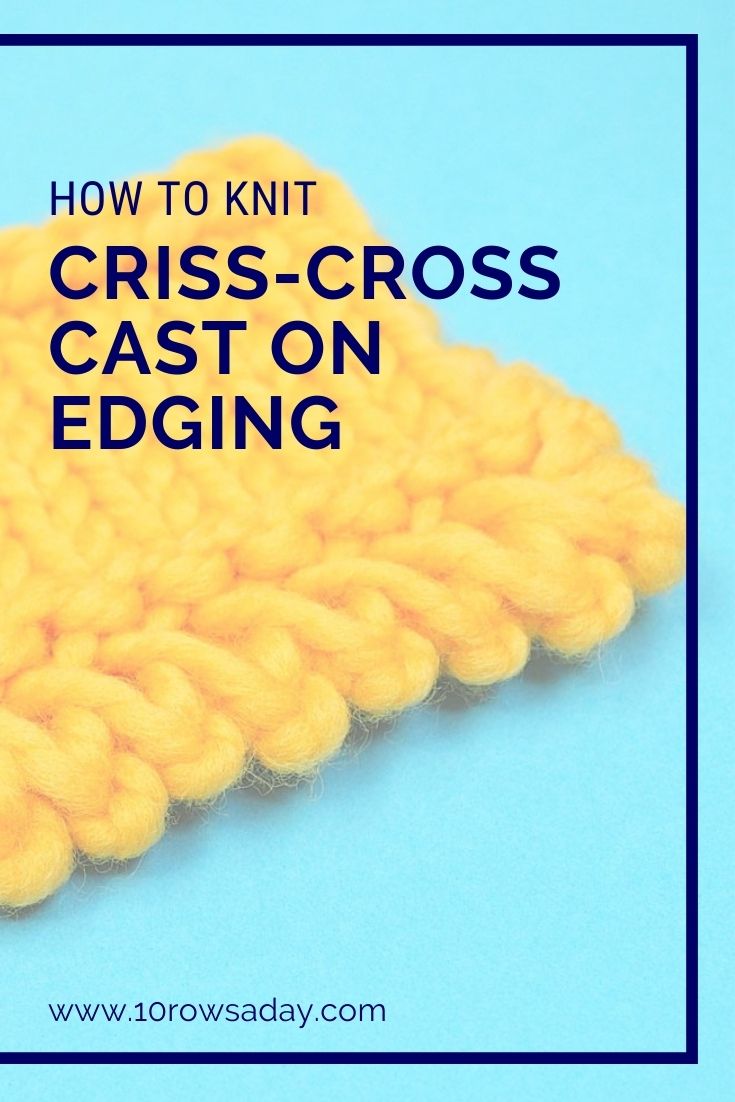